From Vet Med to Wildlife Conservation

I was born 1992 in Germany and worked after my graduation for twelve months in nature conservation on the Philippines for the GIZ (German Corporation for International Cooperation). Afterwards I studied at the University of Veterinary Medicine Hannover and since 2019 am a licensed veterinarian. Since 2011, I have been working in conservation projects in Africa, Southeast Asia, Latin America and Europe and completed internships at the Federeal Research Institute for Animal Health and Epidemiology in Germany (FLI)  and at scientific zoos (Leipzig, Cologne, Wuppertal). I give insights in my work and experiences on conservation, one health and biodiversity on lectures, radio and television. In 2020, my first book was published.

In 2017, I founded »Nepada Wildlife«, a non-profit association that promotes species protection through environmental education, veterinary work, capacity building and public relations. As a veterinarian, I work on site in project areas, for example in a research project on lemurs in Madagascar, for a conservation project with bull sharks in Costa Rica, for the protection of wild macaws in Guatemala and several times as a wildlife researcher in the rainforest of Borneo/Malaysia. My focus lays in one health, biodiversity, and science communication.

Nepada is the short German form for clouded leopard. This rare and elusive cat was the first animal I was working with in the wild. The sunda clouded leopard (Neofelis diardi) is only found on Sumatra and Borneo and is listed endangered. The species is still poorly studied and there is little data from the wild so far. More information about our projects, events and my NGO on www.nepadawild.life. 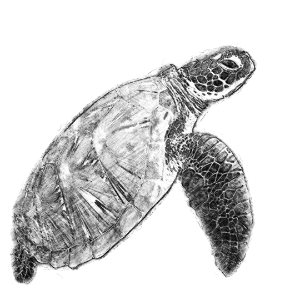